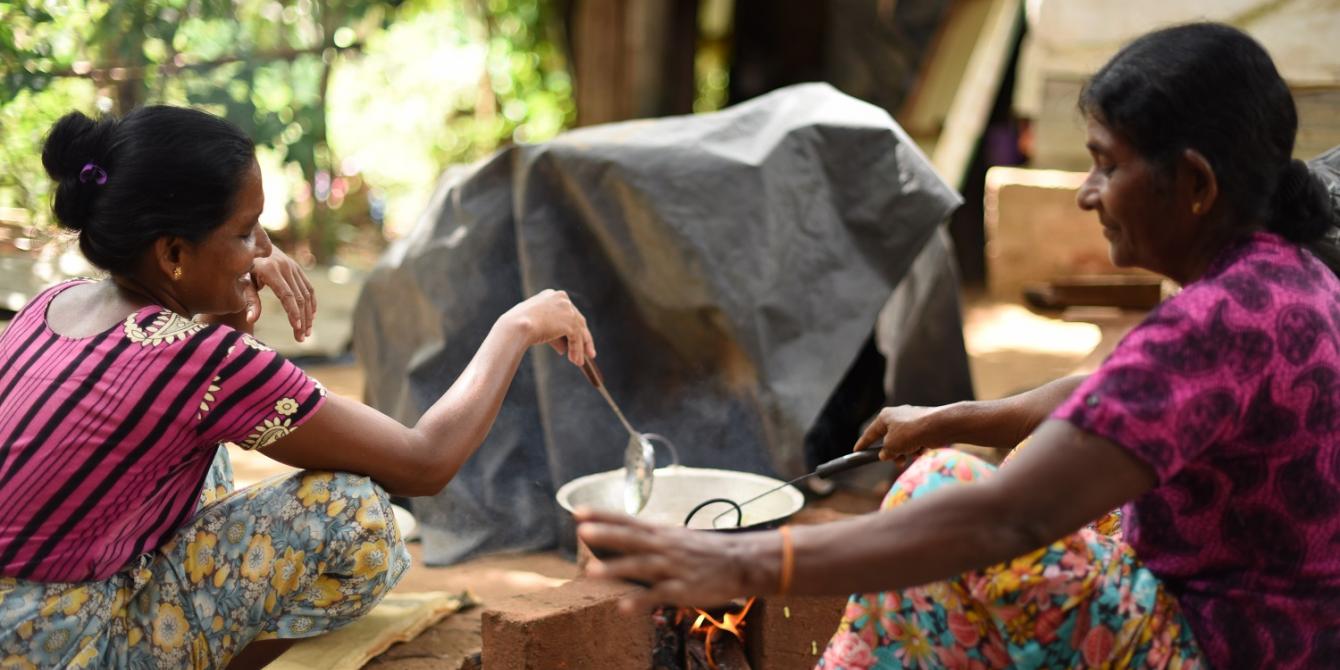 Today, Sri Lanka has an opportunity to achieve lasting peace, sustainable development and social justice for all its citizens and to improve the living conditions of the poorest and most vulnerable. The ethnic conflict that plagued the nation for three decades ended in 2009. Following the presidential and parliamentary elections in 2015, the country has a new government which was elected on the back of civic action on an unprecedented scale and promises good governance, social wellbeing and sustainable and equitable economic development.

Sri Lanka is now a Middle-Income Country (MIC). In the 2014 Human Development Report, the country’s Human Development Index is ranked highly, owing mainly to its historically strong social welfare policies. Despite the war and a tightly controlled political climate which followed, the country has enjoyed significant economic growth. National poverty has declined mostly due to the fall in rural poverty, but  85% of the country’s poor continue to live in rural areas. Sri Lanka achieved its Millennium Development Goals ahead of its 2015 schedule, and the Government has committed to achieving the Global Goals for Sustainable Development.

However, the country’s recent economic development has relied on heavy investments in infrastructure and private sector growth, and inequality levels have remained high with poor, vulnerable and marginalized communities left behind. Sri Lankans remain divided along ethnic and religious lines, and little effort has been made towards reconciliation and lasting peace. Structural drivers of conflict and injustice remain unaddressed. Poverty has increased in the formerly war affected areas. Women, especially those in poor and vulnerable communities, enjoy fewer freedoms and opportunities than men and live in fear of discrimination and violence.

Oxfam, civil society, and development partners have a vital role to play in shifting the power dynamics and eradicating disparities and vulnerabilities through the empowerment of Sri Lankan citizens. We must work together with the government to promote pro-poor development, equitable access to services and resources, and by removing the causes of division and conflict permanently.