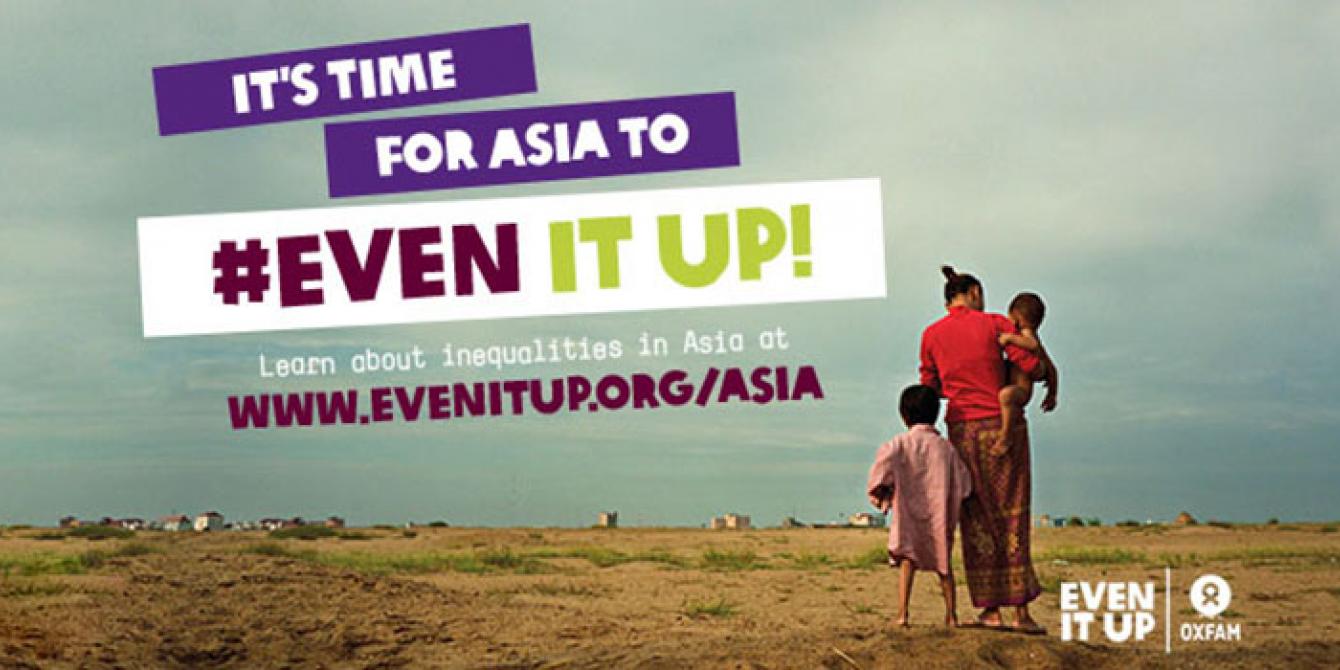 Asia is becoming richer and richer, but why does the poor only get poorer? We found out that the competitive cheap labour strategy of developing countries in Asia, has created a downward pressure on low-wage income earners, but most especially on women.

Together, we can help end this inequality. Will you join us?

To find out more and sign up visit Oxfam’s global Even It Up campaign page.